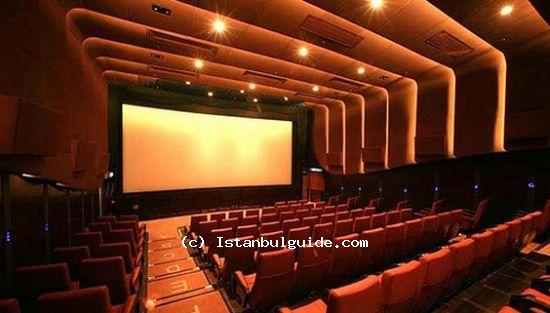 Yesilcam, refers to the Turkish film industry in the same way that Hollywood refers to American film or Pinewood refers to United Kingdom films. Cinema is one of the most important parts of Turkish culture and of Istanbul. The first film shown in Turkey was held in the Yildiz Palace, Istanbul in 1896. Today, Istanbul has numerous cinemas, showing Turkish and international movies.

Beyoglu ( istiklal street ) is a popular place to catch a film in Istanbul. Also in large shopping centers such as Cevahir, Kanyon, etc, there are IMAX and/or 3d options. For movie listings you can see the Turkish Daily News. Tickets cost between 10 and 15 Turkish liras. On Monday and Wednesday or before 6pm some places have reduced prices, students always pay less.