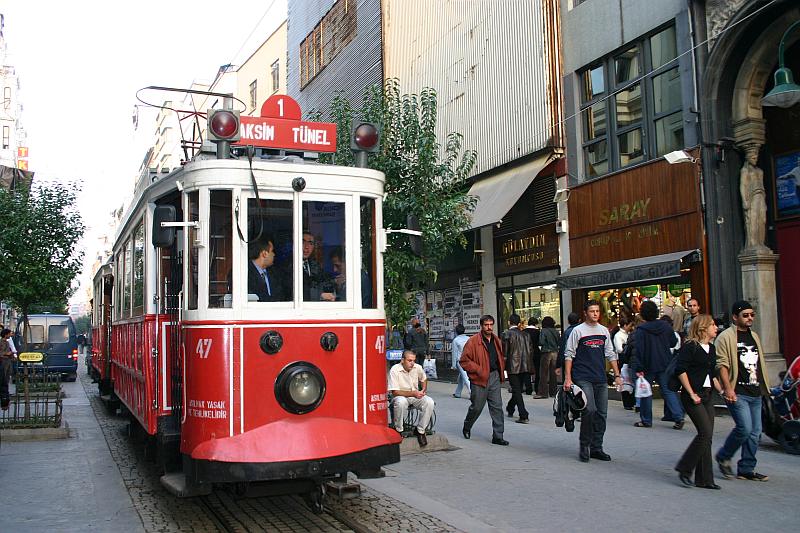 Beyoglu is an old neighborhood of Istanbul, located at the European part of the city. For long time, it was called ‘Pera’, meaning the ‘other side’ in Greek; but later around the 18th century, it started to be called Beyoglu and after the establishment of the Modern Turkey, Pera was deleted from official writings. The name Beyoglu is Turkish, meaning the son of Beg (Mr) referring to a palace that used to be standing there once.

Until the end of the 16th century, there wasn't much settlement at Beyoglu, and it was only a field next to the old and popular district Galata. The Galata tower and the walls had been built by the Genoese at the 14th century and by the end of the 17th century, the local Christians and ambassadors of foreign countries of Ottomans started spreading out to the Beyoglu district through the Tunnel and Galatasaray of Today.

At the end of the 19th century, it was the golden times for Beyoglu, being the rich district of Istanbul, and the people admiring a Parisian lifestyle in luxury. In 1913, the first electrical tram was built between Beyoglu and Sisli as well as gas and plumbing systems. At the 20th century, the apartments at Beyoglu started to be renovated in Art Nouveau style. By the end of the 20th century, Beyoglu became the cosmopolitan center of culture and commerce of Istanbul.