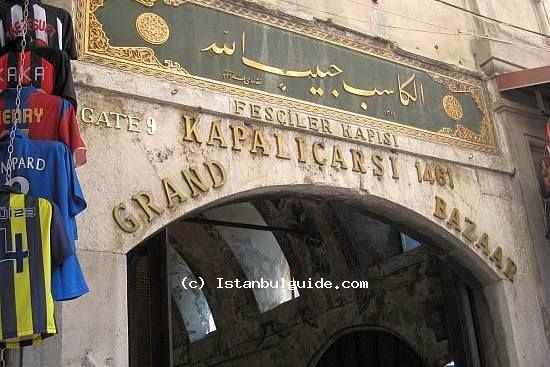 If you are looking for a special souvenir to take home and if you are a good bargainer, Grand Bazaar is where you will want to go. It dates back to the fifteenth century and has 58 covered streets, hundreds of domes which are covered with lead and windows, 4,000 shops selling pretty much everything you can imagine and four main gates today and it feels like it never will end. It is such a colourful, busy (and at first slightly overwhelming) place.

It holds and area of about 31 thousand square meters. It has one area with only leather clothes, one only with gold, another with only with spicies, and so on. It is one of the largest and oldest covered markets in the world which attracts more than 300,000 visitors daily. It is a huge complex like a covered city which houses two mosques, workshops, money changing booths, four fountains, two Turkish Baths, banks, police stations and several cafes and restaurants. Some parts of Grand Bazaar have been destroyed by earthquakes and fires in its history but have always been rebuilt. It is around 15 minutes walk from the Haghia Sophia (Blue Mosque) area. Don’t forget to beware of pickpockets because the bazaar can be very crowded, and you should keep an eye on your belongings.